Lafayette is among the colleges and universities that produced the most 2017-18 U.S. Fulbright students, according to an announcement by the Department of State’s Bureau of Educational and Cultural Affairs.

Fulbright is the government’s flagship international educational exchange program. Top-producing institutions, a designation begun in 2009-10, are highlighted annually in The Chronicle of Higher Education. Lafayette previously received the honor for 2011-12, 2014-15, and 2015-16.

Four students from Lafayette’s applicant pool of 15 received Fulbright awards for 2017-2018, another two were named as alternates, and a third was a finalist. 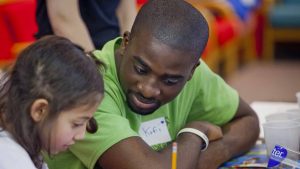 Since its inception in 1946, the Fulbright Student Program has provided more than 380,000 grantees—chosen for their academic merit and leadership potential—with the opportunity to exchange ideas and contribute to finding solutions to shared international concerns. More than 1,900 U.S. students, artists, and young professionals in more than 100 different fields of study are offered Fulbright Program grants each year in more than 140 countries worldwide.

Lafayette received its first Fulbright student grantee in 1959; since then an additional 52 Lafayette students have been named Fulbright recipients and have spent a year abroad engaged in graduate study, research, or teaching English and U.S. culture while serving as citizen diplomats representing the U.S., and their host countries upon their return to the U.S.

The Fulbright Student Program is open to graduating seniors and alumni with no age restriction. Interested applicants should contact Julia Goldberg, associate dean of advising and co-curricular programs, who oversees the College’s Scholarships and Fellowships program. For information on campus application procedures, visit the Scholarships and Fellowships website. The Fulbright 2019-20 applications season will open in April.