Over the past year, Andrea Killian ’19 has stood among works of incredible historical significance thousands of miles away and, through publishing and hands-on experience, touched the future of science on the Lafayette campus and beyond.

Killian is a biochemistry major conducting research on prions with Justin Hines, associate professor of chemistry. Earlier this year, they co-authored an article published in the peer-reviewed scientific journal PLOS Pathogens and presented the work that was described in the paper at the Experimental Biology conference in San Diego in April.

Prions, Killian explains, are infectious protein aggregates that, in mammals, cause diseases such as mad cow disease and sheep scrapie.

“We study prions in yeast, where they aren’t always disease; they’re just there,” Killian notes. “This is a form of genetic expression that isn’t always reflected in DNA. The idea that proteins can cause disease—instead of disease being caused by something wrong with DNA—is only a couple decades old. We study these prions and specifically test what other proteins are required for them to spread.”

Killian says the broader implications of this research are that it has links to neurodegenerative diseases like Alzheimer’s and Parkinson’s.

“We’re at the forefront of genetics right now,” Killian says. “We don’t really know what so much of it means, but the fact that there is a form of genetic expression that isn’t DNA is incredibly interesting and exciting. Sixty years ago, nobody could have predicted this. We have found the edge of science, and I’m there.”

Killian has worked in Hines’ lab for the past three years and spearheaded the research project as she headed into her sophomore year.

“She’s a very bright, hardworking, and diligent student who has made great contributions to my lab,” he says. “Andrea had a major role in writing the paper for PLOS Pathogens; she is a great technical writer. We have received great feedback on that article, and I’m very proud of it.”

Killian, who won an honorable mention in the prestigious Barry M. Goldwater Scholarship competition, is very serious about a career in science, perhaps pharmaceutical science, and will be no doubt successful in her endeavors, Hines says.

“She really wants to know if she’s thinking about things in the right way. She digs deep to uncover answers and to ensure she’s understanding concepts,” he adds. “She’s also a very likable person who is a pleasure to work with.”

This summer, she’s applying her inquisitive mind and classroom and lab work as an intern at Regeneron in Tarrytown, N.Y., a leading biotechnology company that delivers life-transforming medicines for serious diseases. It’s one of the few major corporations on the stock exchange run by scientists with medical degrees and Ph.D.s.

“I’m working in research and discovery areas,” Killian says. “I love to see what science looks like from outside an academic setting. This is a place where science drives all the decisions.”

Killian also has retraced the route taken by young scholars in the 19th century. In January, she traveled to Europe as part of her interim session experience for a course aptly titled “Journey to Rome.”

“It was an academic study of travel: how people travel now and how they traveled historically,” Killian notes. “Rome has always been a significant travel destination. In the 1800s, men traveled to Rome and throughout Italy when they graduated college for as long as their father’s money would allow. This trip was our grand tour, if you will.”

The group spent time in Munich and Verona before arriving in Rome. Along the way, the students explored museums and archeological sites. In Rome, they took in classic tourist sites such as the Colosseum, Circus Maximus, and Trevi Fountain.

“We also visited several lesser-known churches and museums with tremendous works of art,” Killian adds. “It’s amazing to walk into a random church in Rome to find out they have three Caravaggio paintings.” 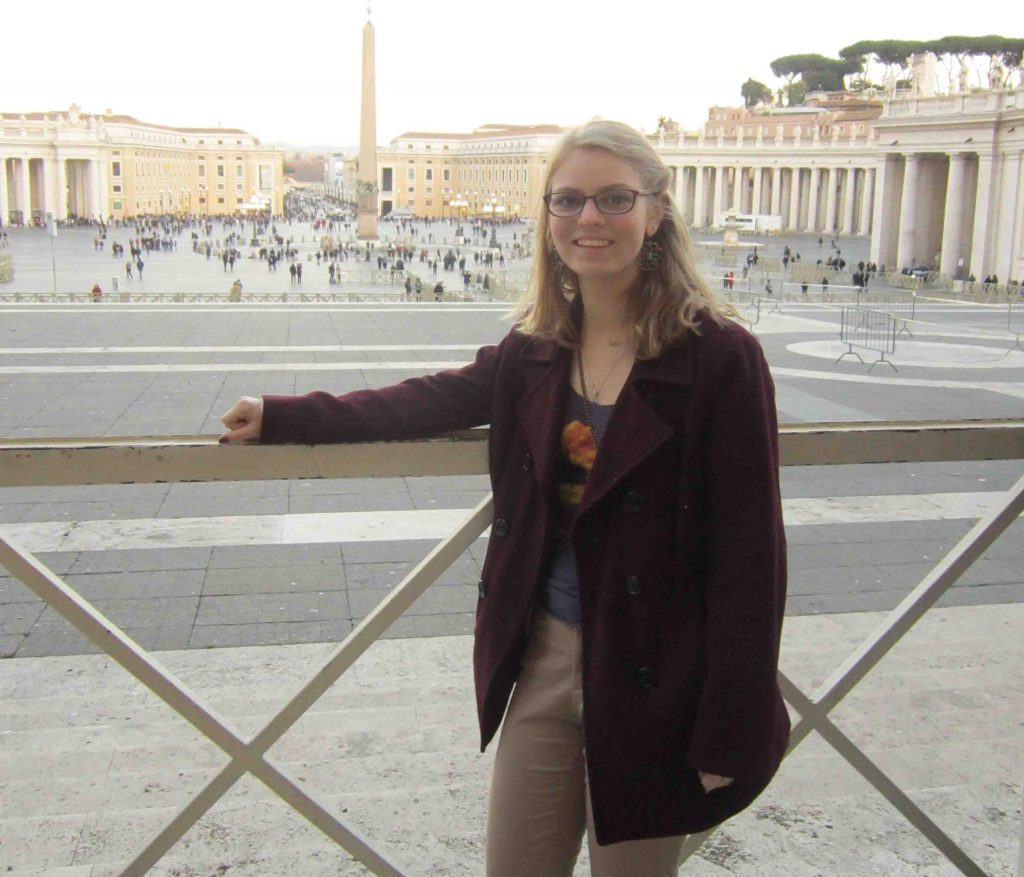 Andrea Killian during her study abroad trip in Rome

The trip wrapped up with stops in Naples and Pompeii. Participants were required to create an online story map, which allowed them to document their experience through text, pictures, and multimedia elements, and write a travel letter in the style of old travel writers.

“I definitely have the travel bug now and am excited to travel more in the future,” Killian says.

Back on campus, Killian is involved with the Young Life Christian group, is a cellist in the orchestra (although she’s taking the year off), and is vice chair of operations for the Lafayette Ambassador Program, the student-led arm of the College’s admissions program.

“We are tour guides, office workers, and social media mavens,” Killian says of students participating in the ambassador program. “We are the student face of Lafayette College.”

Killian is passionate about sharing outstanding aspects of the Lafayette experience with prospective students and their families. As a high school student, she fell in love with Lafayette, but was guarded in her enthusiasm because—although she was an excellent student—she felt that financially, a Lafayette education was out of reach. 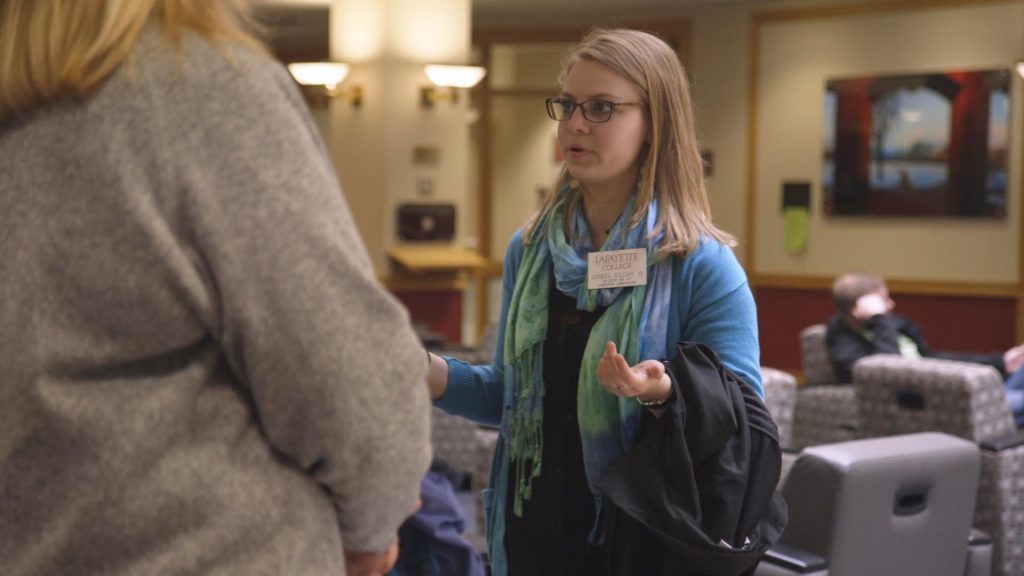 Andrea Killian ’19 leads a tour in her role as admissions ambassador.

But Killian earned a Marquis Fellowship and was awarded a scholarship funded by Frederick S. Benson III ’59, allowing her to study at Lafayette and have amazing experiences on campus, in the lab, and in her travels.

“I absolutely would not be studying at Lafayette without the generosity of our donors,” Killian says. “The scholarship means that I’m at Lafayette, not at a big state school or a school where I’m a number. It means everything to me because I’m in a place where I fit and where I’m supported.

“I didn’t necessarily go to a school that was the highest bidder or to a state school because it was the most affordable option. I’m here at Lafayette College because somebody cared enough to provide me with this amazing education and experience.”