Scholars by nature pursue a passionate interest and add to a conversation, no matter the number of voices in dialogue. For some subjects, there is silence, and the scholars’ job is to begin a conversation.

Digital Humanities Summer Scholars, a program of the Lafayette Libraries, helped fill a gap in our collective culture as they traversed a six-week journey from forming a research question, scouring scholarly resources, analyzing findings, writing and revising, and then finally translating that content into the digital realm.

It’s a daunting task, but the group was up to it.

“They were super invested and worked hard,” says Angela Perkins, research and instruction librarian and also director of the Digital Humanities Scholarship Program. “The students cared about their projects, wanted to improve the cultural record, and grappled with the varying skill sets needed to digitize their scholarly work.”

The projects spanned the globe from Hindu-Buddhist architecture in Angkor City, Cambodia, to household electricity and educational performance in Madagascar. Add stops in Eastern Europe, Sudan, and Japan.

Below is a snapshot of a few projects, their creators, and the process to bring the work to life along with links to their project pages. 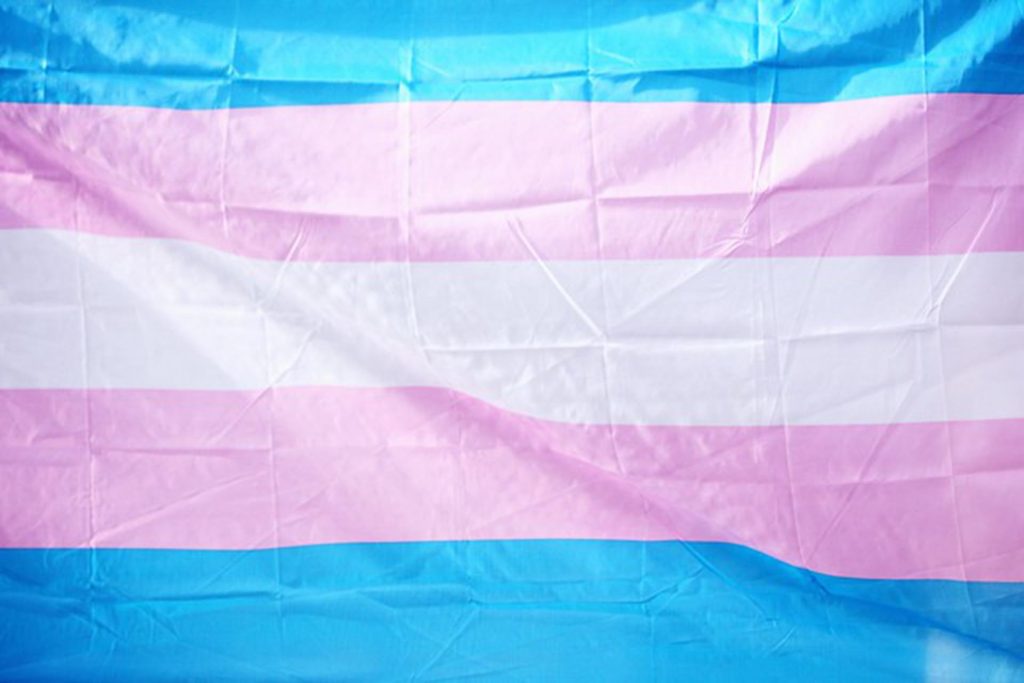 Photo by Sharon McCutcheon on Unsplash

Narrowing the research question: Stargel started her project with many ideas and potential approaches but nothing solidified. She knew she wanted to focus on the LGBTQ community and language. “This was the most difficult yet most rewarding part of the project,” she says. By the end of the second week, her focus became clear: the history, use, and evolution of the word transgender.

Gathering research: She started looking in old dictionaries, but it wasn’t an entry. From there she turned to newspapers, books, scholarly articles, noting how the word changed over time. “The timeline on my site traces the medical origins, the shifts in use by people who identified as transgender, and the broader uses today,” she says. To create her timeline and project, Stargel created a database of definitions, searching for every source provided by Google Scholar that used the word “transgender” in the title between 1980 and 2010. She then read the top five most cited works for each year, about 95 articles in total. About two-thirds of those articles provided definitions of the word. “It took about two weeks to find the sources, comb through them, and create a spreadsheet,” she says. While there was great variety in definitions, some were similar.

Digitizing the work: “I knew nothing about HTML,” she says of the coding language to make a website. “So this was a stressful time.” She wanted a timeline and sections, like a traditional paper, with graphs and text. This is where the team of scholars helped. “To get my head out of my project and get suggestions or explore other avenues was helpful,” she says. “I’m proud I got to make my research accessible so it could help others.”

Value/impact: As Stargel heads into her senior year with plans to write a senior thesis, this project shaped her approaches. “I feel more confident as a researcher and discovered my strengths as a researcher,” she says. “This project also helped me refine my proposal for my honors thesis. I now know I can come up with a question and trust that it will present itself.” 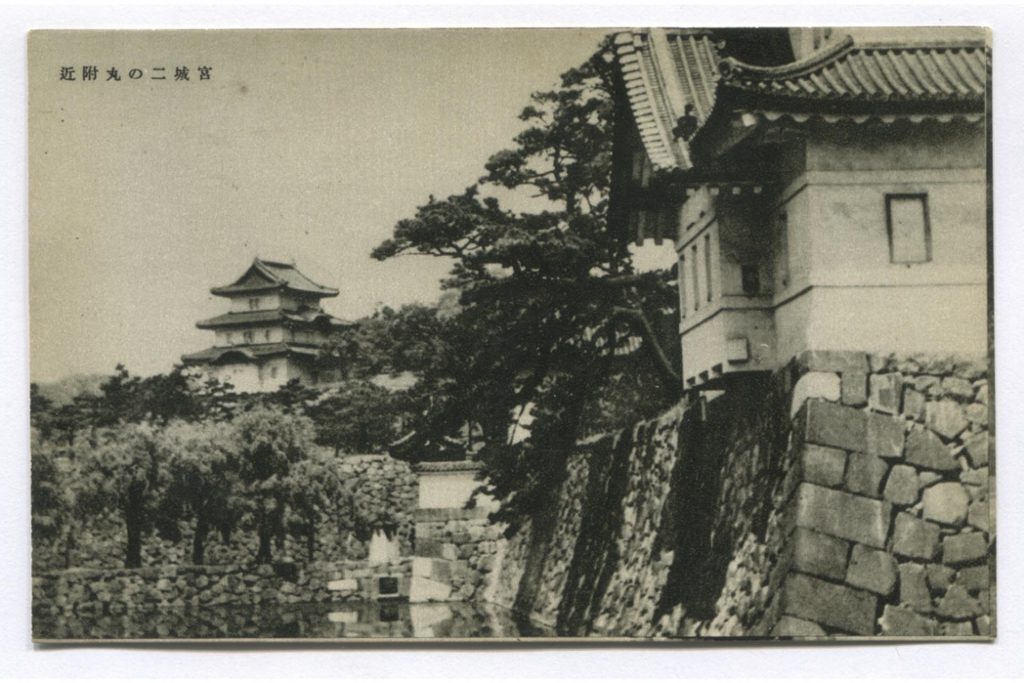 Narrowing the research question: “I didn’t have much of a research question,” confesses Makino. “The College has a fabulous East Asia Image Collection, and I wanted to find a way to make images that could be part of the EAIC more accessible and visual.” Makino has a research interest in pre- and post-war Japan. The collection had a full set of postcards, a marvelous historical artifact of photographs of places across Tokyo, that came as a “special gift” in the September 1932 issue for women who purchased the magazine Shufu no Tomo.

Gathering research: “The postcards came out a year after the Manchurian Incident when the ultra-nationalist prewar Shōwa period was leading the country towards militarism,” says Makino. “But there were remnants of the period before nicknamed ‘Taishō democracy,’ where individuality flourished.” In the 1910s and early 1920s, women increased their marriageability through traditional methods, like flower arranging and tea ceremony, but by the mid-1920s, marriageability could be increased through self-cultivation. “The postcards served as a vehicle of that self-cultivation by exposing women to the real-life aspects of Tokyo,” he says. The cards also represent consumer capitalism as interspersed between the images were ads for powdered milk, shampoo, and heel lifts. “The magazine was read by urbanites and rural workers who could be influenced by the messages,” he says.

Digitizing the work: Makino created a map, locating each image on it. Such a task demands patience especially when some of the buildings have long been destroyed or rebuilt. “The postcards came with a map,” he says. “It showed a general location which I had to confirm by comparing maps from across the decades.” Geolocation takes time, getting the exact longitude and latitude. More time consuming was translating the number of old characters. “There are characters that are unused today because of post-war reforms,” he says. “I had to consult with many people to ensure I had the wording correct.”

Value/impact: “In our digital world, there is so much more information available that it can be hard to know what is the most important,” he says. “I wanted to simplify the process for others who are looking to find valid information whether they are academics who want to look at the postcards with the geolocation in mind or people who are generally interested in Tokyo.” Makino signed up in hopes to bridge that digital gap, but he learned how much work goes on behind the scenes. “My site looks alright,” he says. “It is hard to know all the work that remains in the background and is easy to take for granted.” 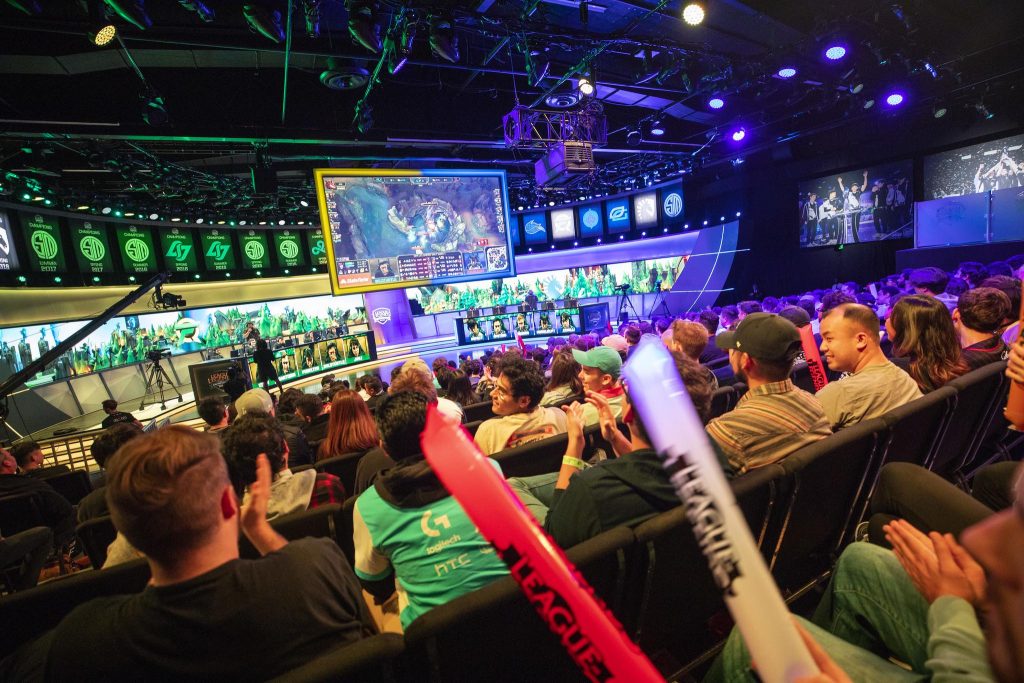 Narrowing the research question: Major league sports have governing bodies. But in the billion dollar esports world, governing bodies don’t exist … or reside solely in the hands of the game developer. “That means there are no protections for players,” says Illuzzi. “No punishment limits, minimal judicial review, and often no appeals processes.” In the growing world of esports, this can make working conditions for players and teams unfair. He focused on a specific game, League of Legends, and worked to outline many key definitions, abuses, and remedies.

Gathering research: “Much of the industry is hidden,” he says, “so I couldn’t look up players’ contracts or industry standards.” Instead, he conducted a policy review of every North American competitive ruling since 2011, nearly 40 in total. Much of the discussion about these rulings lives in spaces where gamers talk, like Twitter and Reddit. He compared the rulings to their accompanying rulesets and standards in traditional major league sports and found that many were generally fair, but a few set a problematic precedent.

Digitizing the work: His formats in the digitizing tools didn’t fit the work that Illuzzi envisioned, so he made a format that might better explain the subject and not overly complicate it. “This is an academic work, but I wanted a platform that fits the esports scene so it might be read by players,” he says.

Value/impact: “This was an exercise in time management,” he says. “I had to throw out ideas and not get tunnel vision in the six weeks we had.” The process also made him take ideas and make them more consumable and succinct. “I want to prompt more esports research,” he says. “And help shift the cultural perception away from esports being a bunch of nerds in their basement. Esports is not a cultural fad but rather a developing profession.”

Milena Berestko ’22
Psychology and theater
The Mosaic of Romani World

Digital Humanities Summer Scholars program was made possible by a generous donation to the Lafayette Libraries from alumnus Bruce Marshman ’62.