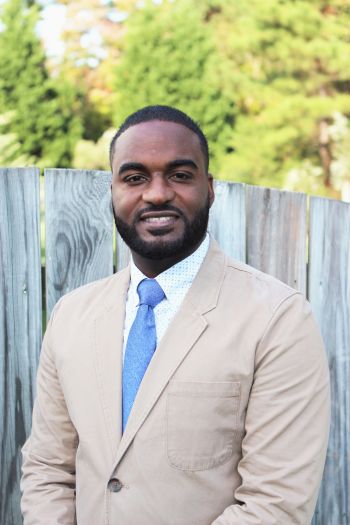 The effect of racism on health is well-documented. Research has shown that experiencing discrimination increases risk for stress, cardiovascular disease, stroke, and early mortality.

So how does one mitigate or cope with the fallout? That’s the research focus of Carlos Tavares, assistant professor of anthropology and sociology.

“I’m interested in identifying what resources might help disadvantaged groups, particularly black Americans, cope with racism and have a positive impact on mental and physical health outcomes,” says Tavares, one of 12 tenure-track faculty to have recently joined Lafayette.

One of the factors Tavares examines is how a strong racial identity may protect people from internalizing discrimination. “They don’t see insults related to their race as a personal failing on their part,” he says.

But it’s not always the case and often depends on the level and frequency of the discrimination.  “Racial identity is generally protective and positive,” he says, “but it doesn’t wipe away the effects of persistent racism.”

The next indicator he looks at is how socio-economic status in childhood affects health outcomes in later life for minorities. His research indicates there’s a lingering correlation between the net two relevant adult predictors, and it’s especially true for black women. “A middle-class status in childhood has a relatively protective effect on health in later life,” he says.

That’s not to say economic stability protects a black person against the insidiousness of racism.

“Whether you’re a black professional or not, you’re still black, and you live in a racialized society,” he says. “The racism may be subtle and not necessarily in-your-face racism like being called a derogatory name. It’s more about people not taking you seriously or being surprised when you achieve a certain level or thing. That’s not to say affluent blacks don’t experience more blatant forms of racism as well.”

Tavares earned his Ph.D. in sociology from Duke University where he studied how social determinants, such as family support and social and economic status, affect health care at one point in time and as people age. He holds master’s degrees in sociology from Lehigh University and University of Notre Dame.