A student travels to New York City and buys a fish. She returns to campus and uses a stethoscope and microphones to record the fish’s heartbeat. That steady beat becomes the music bed to a film that shows the fish being gutted, filleted, and dredged in salt.

Such were the dishes served by film and media studies (FAMS) students, like Yifan Xu’s fabulous fish film, during their FAMS Showcase, which included 30 works by 36 students from 10 classes taught by five instructors. 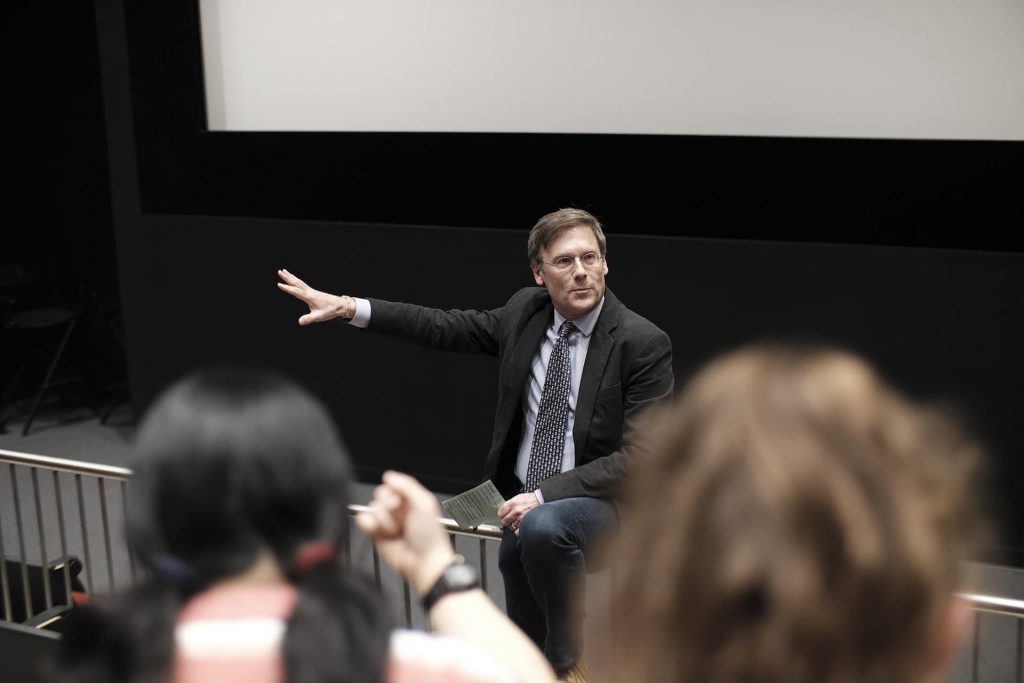 “This is a glimpse into the great diversity of work from first-year students to seniors,” says Andy Smith, program chair and associate professor of FAMS. “And this is just a sample of it. There is more out there that we just didn’t have time to show this evening.”

In addition to viewing films, FAMS faculty also recognized two students, Tracey Robinson ’19 and Luke Madronal ’19, with the FAMS Citizen Award for a senior FAMS major who has “strengthened the FAMS community by making consistent and extraordinary efforts to put collaboration, generosity, and ethical practice at the heart of the program’s collective work.”

Such generosity and collaboration are central to each filmmaker’s success as each film requires a bevy of collaborators, including crew, actors or subjects, and supporters.

“All the people who get you to a point of achieving successful media,” says Smith.

That they did. Here is a selection of films from the event:

Tracey Robinson ’19
Class: Documentary Storymaking Capstone
Title: Voice of the Streets
The inner-city community of Philadelphia pushes forward in hopes to heal from past trauma and create new forms of expressions, starting with rap.

Jay Ascher ’22
Class: Introduction to FAMS
Title: Censure
An experiment in editing that both censors and censures.

Louis Wingfield III ’22, Edgar Dacto ’21, Danielle Sanchez ’22, and Kevin Hutchinson ’20
Class: Making Media I
Title: Home Away From Home
The Portlock Black Cultural Center provides a safe space for students of color at the center of Lafayette’s campus. Why would they move it?

Yifan Xu ’19
Class: Educating the Ear
Title: The Resonant Tomb
A fish and its heartbeat are preserved.