A biology major composes a piece to be performed by the full Concert Band and based on a John Donne poem.

Her name is Ashley Kushner ’19, who double majors in biology and music and will have had three pieces performed by three different ensembles this semester. The Concert Band piece is her honors thesis, which she “defended” in front of 300 guests during its performance. 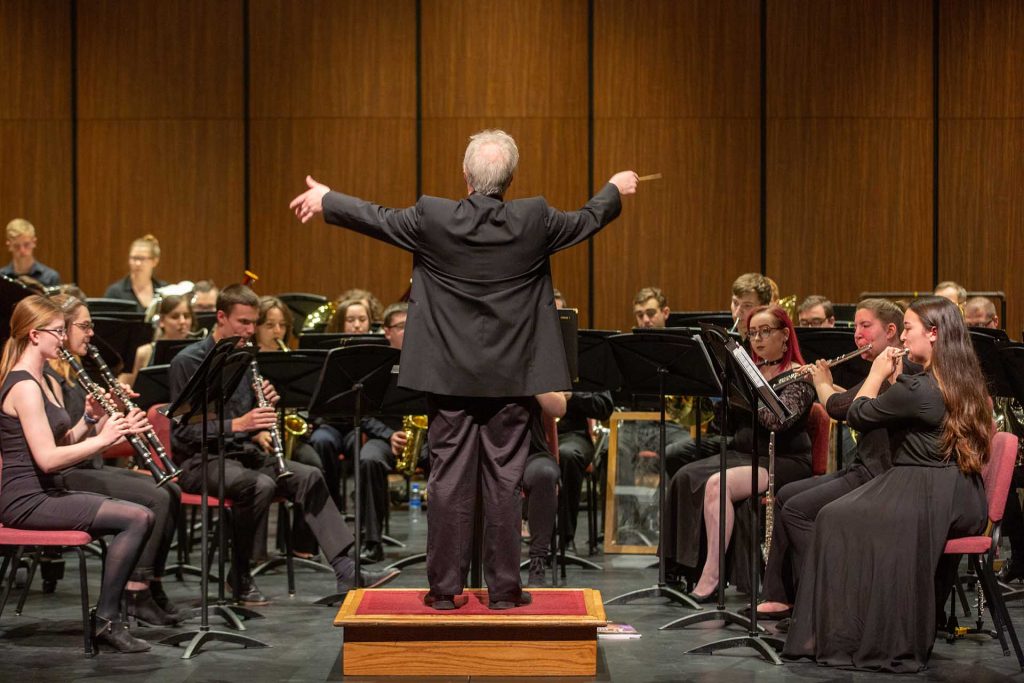 While she considers biology her vocation, demonstrated by her three semesters as a teaching assistant for molecular genetics, music is a personal passion.

Playing clarinet since fourth grade, Kushner continued to take lessons at Lafayette and play in the Concert Band, Contemporary Music Ensemble, and Pep Band. But she approaches her work as a composer like a biology student.

“I started with research, listening to and looking at scores,” she says. “I then created an inventory of elements I liked from composers like John Mackey, David Maslanka, Erik Satie, and Chris Theofanidis. Finally, I worked to develop my own musical hypothesis and compose elements that either supported or rejected that hypothesis.”

She had help from Kirk O’Riordan, associate professor of music, whose music composition courses she took.

“She is the ideal of what a Lafayette music major can be,” says O’Riordan. “She combines a genuine love of music with talents in other disciplines. While she didn’t come here to compose, she did grab the opportunity, discovering something she didn’t know she could do and then letting it drive her in significant ways.” 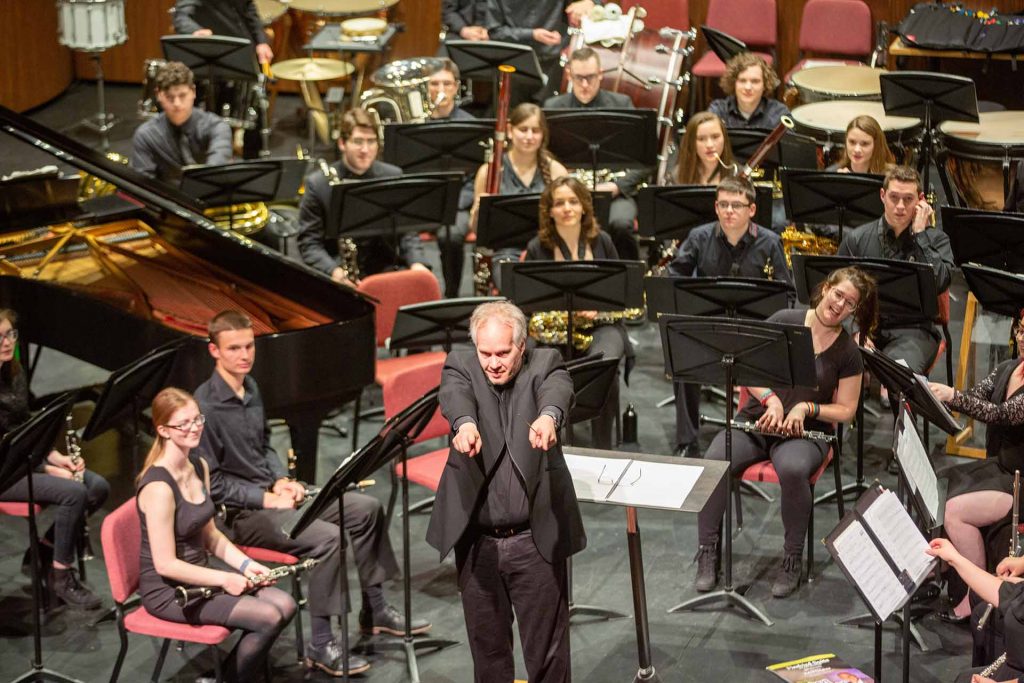 Kirk O’Riordan, associate professor of music, points at Ashley Kushner ’19 as she sits in the audience to listen to her composition.

For many undergraduates, the task simply would be composing a piece for a small ensemble with four to six players, not the 45 members of Concert Band.

“This is a big project for a younger composer,” says O’Riordan. “It’s also a good piece that challenges the group.”

The ensemble has played an important role. Since Kushner is a member, the players know her and trust her. When she finished a first draft, she handed out parts, and the players marked it up, indicating areas that were difficult and needed rethinking or refinement. Kushner collected the feedback and made significant adjustments.

She composed using a software called Sibelius. “The electronic realization heard in playback is so different than people with real instruments, so working with members of the band was a true dialogue,” she says.

She describes the piece as sound clouds that fill the space like a dream-world waltz. “I think of instruments as colors, so brass isn’t brass,” she says. “The clarinets are warm and round and full while trumpets are bright.”

O’Riordan uses the word “kaleidoscopic” to describe the piece.

“It turns, and the light changes and evolves,” he says. “It is not melody-driven but instead based on melodic fragments that are developed over the course of the piece. It cascades. Big sounds dissipate immediately. Elements run out of phase. Like a dream, images shift, and there is always a surprise or twist. Where you go isn’t where you’d expect.”

The composition is the first of their knowledge to be played at Lafayette that was written by a current student. O’Riordan hopes to find it broader audiences and give it a life outside its premiere.

“An honors thesis can take many forms, and this one is disseminated through performance, but I hope it is not a farewell premiere as it is well suited to a wider potential audience,” he says.

If not this piece, then maybe another. Kushner created two more works, one for Percussion Ensemble and another for Contemporary Music Ensemble. 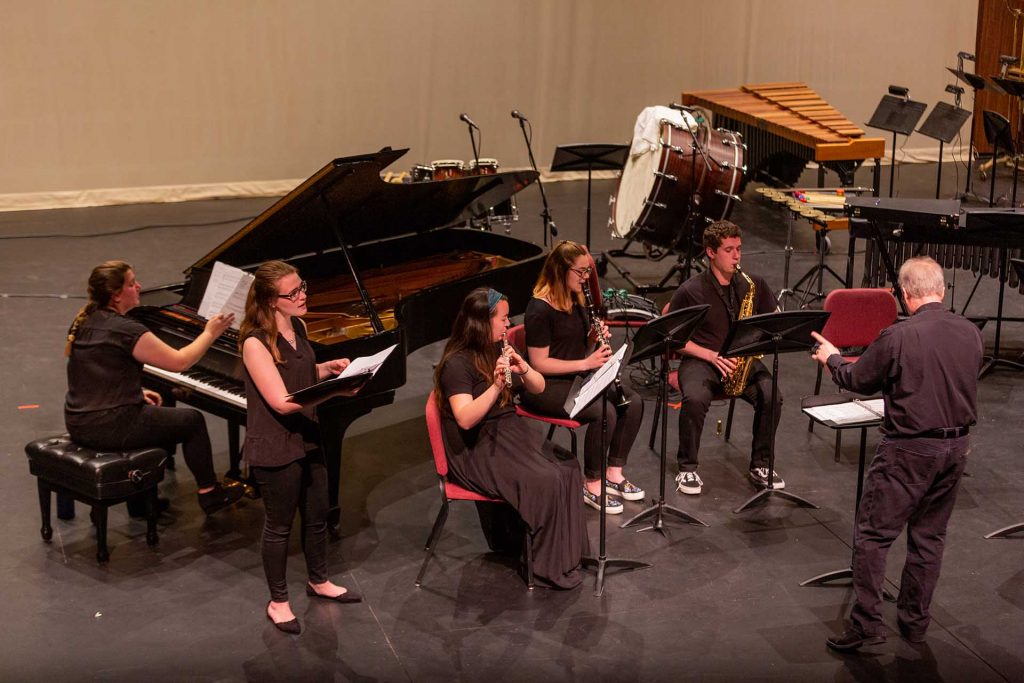 Such is the life for the typical “interdisciplinary” thinkers and doers who hear music in labs as well as concert halls.

Watch and listen to Kushner’s work:

Would I Have Broke This Happy Dream? by The Lafayette College Concert Band