Each summer, Lafayette College students have the opportunity to participate in academically meaningful experiences outside the classroom. Students selected as EXCEL Scholars engage in collaborative research projects with Lafayette faculty, enhancing their academic skills as well as developing other skills that will be useful in post-graduate education and careers. This summer, we are highlighting several scholars who are working on hands-on, collaborative research projects with faculty and other students. 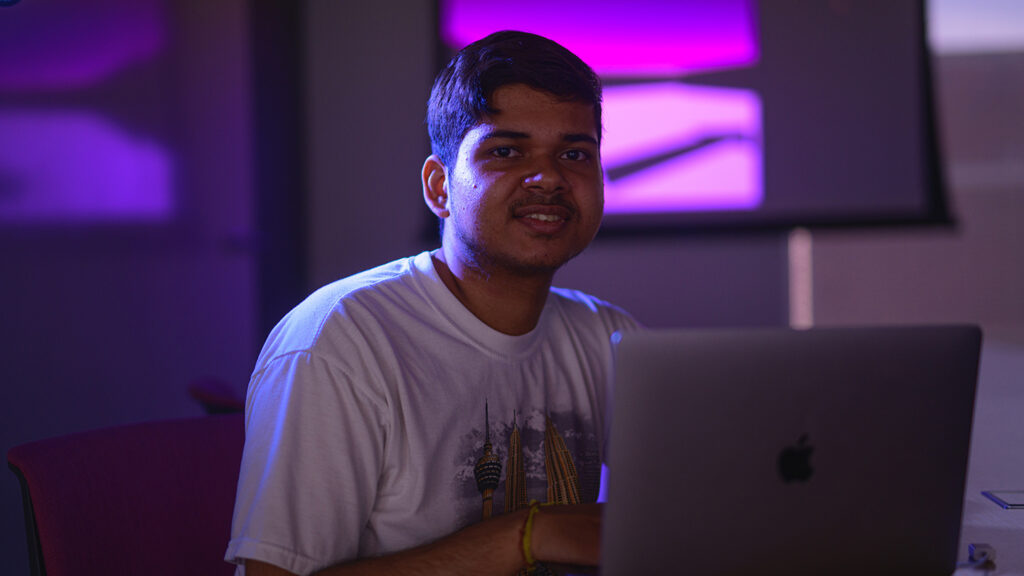 Why I chose this topic:

I was really interested in working with real human data. I asked Professor Yu, because he was working on some projects dealing with the overlap between electrical and computer engineering, and human data. I started attending some of his meetings, and this was one of the projects he was working on. It seemed really interesting that you can actually assess whether a child has dyslexia or not, through watching that child play a video game. The game is actually a virtual maze, which was initially done in 2015. Back then, it was an executable function where the user would download the file, open the game on the computer, and play it. Now, there’s an online version of it that has been made really accessible. So, with Lafayette conducting data collection, they can just utilize the online version.

So you’re looking at people playing the game, and what their results are?

Yes and I’m specifically looking with respect to eye-gazing behavior. How is the person looking at the screen? And, does it have any correlation with respect to that person perhaps having a learning disability—specifically, dyslexia? I have to analyze a lot of data to statistically say that. This data was initially collected in Germany seven years ago, but we are looking at it now and noticing some trends while realizing we still have a lot of data left to analyze. The result could be that the child has dyslexia, or it could be that they have ADHD, or it could be another type of disability. The children who were part of the study were four and five years old, but we’ve noticed that there’s something erratic in the way they were controlling the joystick, or perhaps they were frequently looking away from the screen. Now with the way people play the game online, it’s controlled by a series of keyboard buttons, but we’d still be looking for those irregularities or irregular patterns pointing to what could be dyslexia. 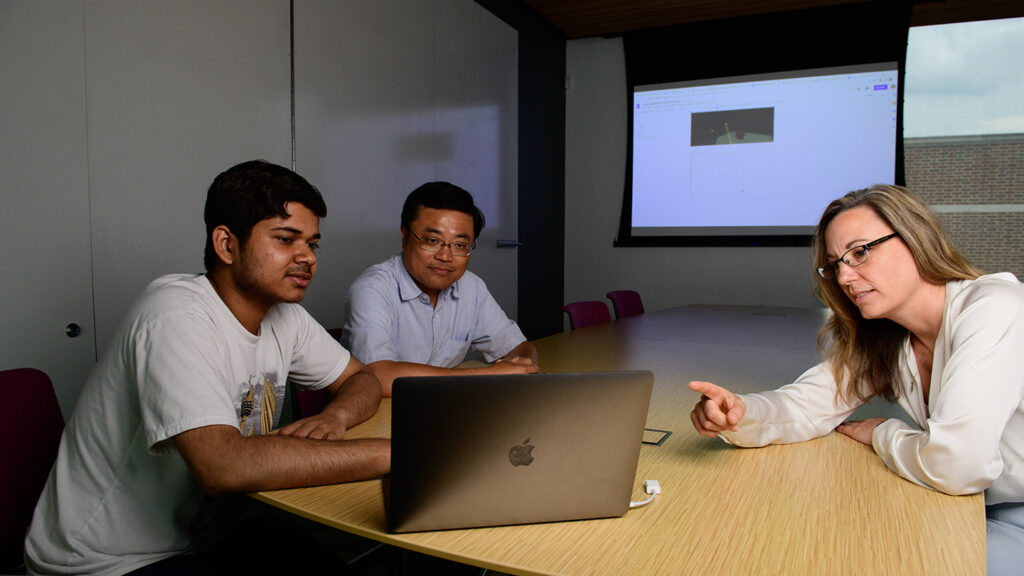 Professor Lisa Gabel [chair of neuroscience] has been working on a longitudinal study about understanding the link between maze-solving and reading impairment.

When I first attended some of the meetings, Prof. Gabel was using a lot of math to go over these models, which I found very interesting. I never considered that figuring out if a person had dyslexia could be modeled mathematically. I really want to work in the field of computation, particularly where you can use it for biomedical systems, or to study human behavior. So, that also really pulled me into this project.

How long will you be working on this research?

Right now, I’m often putting in straight eight-hour days, just coding and looking at the data. To be honest, the data is very messy—and I say that because someone actually tried analyzing the data in 2015, but they couldn’t complete it. So, the professor asked me how  we could deal with this data set. The original instrumentation was calibrated correctly, but the two programs that run independently of each other. It’s quite complex to figure out, due to calibrating across programs. There are both video recordings and CSV files from this data, where we are looking for the data to line up for each participant. So, we had to make an algorithm to align that data, and I had to look at hundreds of videos to do that. After that, when we could see a trend, then we came up with an algorithm to realign the data.

I’ll keep working on this data straight into the fall semester, because it’s interesting to see how the devices actually behave. The data was collected using USB devices, which was the most portable thing you could take to a different country at the time. But then, there was a huge time lag (between collection of the data and now). Now it comes down to, how can we model everything properly so that we can minimize the errors? As I continue this project, my aim would be to make a 3-D simulation of eye-gazing within the game.