Alum plans to study how urban planning can positively impact a city’s ability to deal with long-term issues and short-term shocks from climate change, population growth, and inequality 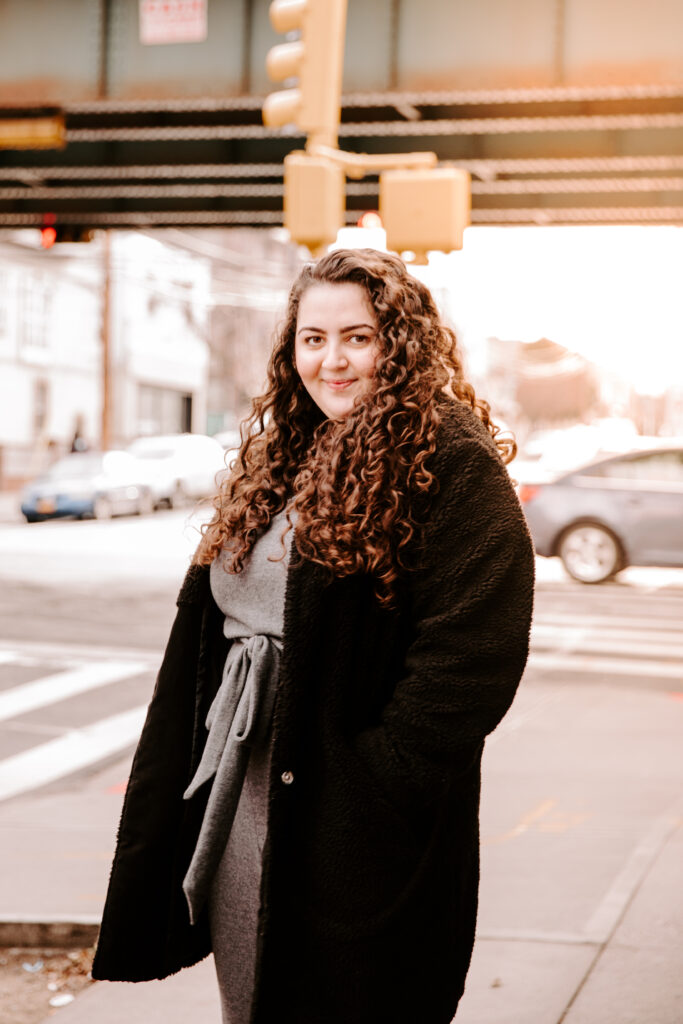 During her time at Lafayette, Ayat Husseini ’20 created a legacy for herself that will only continue to grow as she propels forward in her research and chosen career path. The 2020 George Wharton Pepper Prize finalist, former president of resettlement for Refugee Action, CITLS inclusive teaching student fellow, and Kaleidoscope social justice peer educator—among many other accolades and achievements she wrapped up over the course of four years—went on to become a community liaison for assembly member Zohran Mamdani’s district office in Astoria, N.Y., where she works to resolve cases and connect residents with local, city, and state-provided services. In May 2022, she found out that she was a recipient of the prestigious Fulbright Fellowship, which will see her travel to Jordan to focus her research on building urban resilience.

Congratulations on being named a Fulbright Fellow. What led to the fellowship?

I wanted to apply years ago and at every turn, felt like I didn’t really know what I wanted to propose. Then when I finally figured it out and thought I knew, the pandemic hit and everything got put on hold for some time. At the beginning of 2021, I started to think about my next steps and when I wanted to apply to grad school—and realized the timing just wasn’t right. So, I started talking to Prof. Caleb Gallemore [assistant professor of international affairs] at Lafayette, and he helped me figure out how to study the issues that I’m interested in and set myself up well for grad school applications. I ended up doing an independent study with him—obviously not being in classes since I had graduated—about climate change, cities, population movement, etc. He naturally then became my adviser on the Fulbright application.

The Fulbright application process can be lengthy. What was the timing for when you applied versus when you found out you got the fellowship?

When I decided that I was really going to commit and started working on the application process, it was March 2021. The last day to submit the application was October 12, 2021, which was the day I turned it in. The process is not only long, but then you hear nothing until February [2022], which is when I was told I was a semifinalist. Then, you actually find out if you got the fellowship sometime between March 1 and June 15. It’s been half a year of waiting, which is kind of crazy to think about. The application readers decide if your planned research is interesting or significant, and if they think you specifically can do it.

What do you have planned for your fellowship?

I’ll be going to Jordan to do research about urban resilience building through the lens of intentional urban planning. What I mean by that is, how can urban planning positively impact the city’s ability to deal with long-term issues and short-term shocks from climate change to rapid population growth to inequality? Through interviews, focus groups, surveys, and ethnographic immersion, the research will look at the ways in which the Amman Bus Rapid Transit Project (BRT) is used intentionally to respond to multiple resilience questions, specifically, climate change, refugees, and gender equity.

Jordan acts like a middleman, of sorts, in the refugee journey. Oftentimes, refugees are sent to a third location, generally in the Global North. However, Jordan is still a leader in the Middle East in responding to refugees. The capital city has the incredible ability to take in refugees in a way that few other places in the world are able to do. And it not only takes in refugees, but actively supports them. Jordan is also the third-most arid nation in the world and is actively dealing with immense climate change disasters, flooding, droughts, and having no water. And despite this, it is a leader in climate change reform and policy. Jordan is also considered one of the safest places in the Middle East and prides itself on the immense work done in recent years on gender equity. So, my project will look at how this one urban planning project helps the capital city, specifically, move forward on all of these resilience issues.

The strength of our cities is deeply important for so many reasons. I am situating this research in the question of climate change and climate migration. We’re moving toward a world where, in 40 years, we’re going to have 30 times the number of climate migrants as we’ve ever had refugees. History has shown us that migrants and refugees, for the most part, go to cities. We also know that most cities are located on water, and cities are at the height of dealing with climate disasters (New Orleans,, Jakarta, Miami, Lima, etc.). We need to prepare cities to be able to sustain themselves and to take in more migrants, and the whole premise of the research is how one of the ways we can do so is by being very intentional in the way we plan. Even one urban planning project can have major effects and can be used as part of a larger response to the impending climate crisis and subsequent influx of climate migrants.

How long do you plan to stay in Jordan?

I’ll be there for a year. I’ll be doing three months of intensive Arabic study through the Fulbright before starting my nine months of research. While I’ve loved my job in New York, and the things I’ve been able to do have been really exciting, I’m looking forward to working outside of the U.S. for a year as that is where my interest lies. After the fellowship, I plan on coming back to the U.S. to pursue graduate school.

Goldwater Scholar wants to use science for the greater good