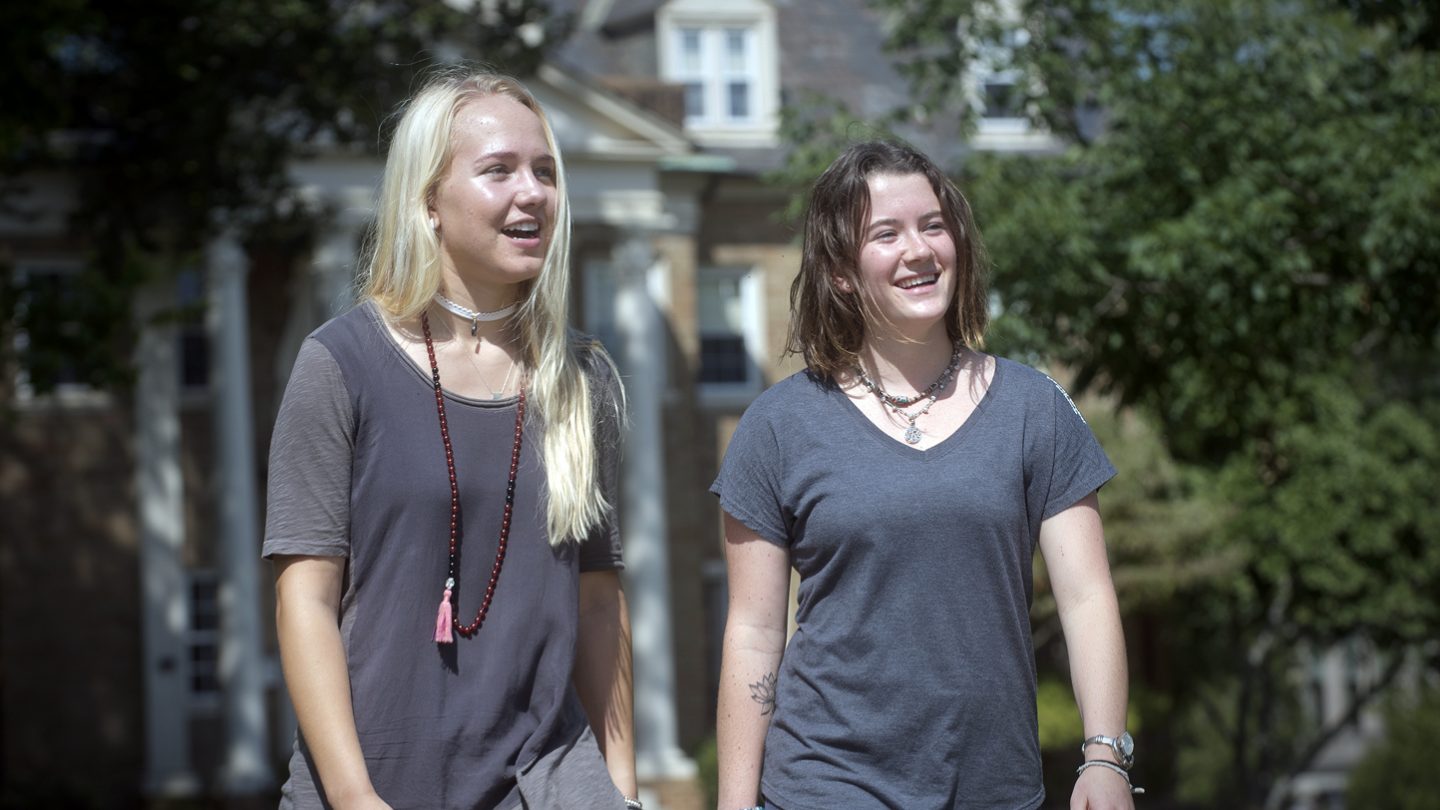 Most Lafayette first-years either find a roommate on the College’s accepted students Facebook group or are assigned one based on their answers to a survey.

Kaila Aguerre ’20 and Cece Palmquist ’20, both members of Hermione Commons, met a different way—en route to Nepal for a gap-year program through Where There Be Dragons, a Colorado-based company. 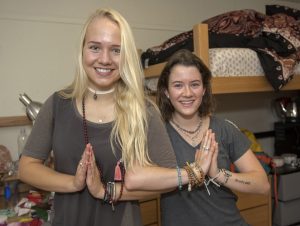 Their group was scheduled for an early morning departure from New York’s JFK International Airport on Sept. 14, 2015, and spent the night before at a nearby hotel. Kaila, a surfer from California, flew in from San Diego while Cece, a ski patroller, arrived from Denver.

Cece, who was tapped for wake-up duty, knocked on Kaila’s door at 4 a.m.

“This little brunette short girl flings open the door and says, “You’re the one going to Lafayette!” Cece recalls. “My first thought was, ‘Who is this weirdo?’”

“I was excited,” says Kaila, noting that an instructor had tipped her off to Cece’s college plans. “But then I thought, ‘Oh, shoot, I think I overdid it.’”

OK, so it wasn’t friends at first sight, but any initial misgivings the duo may have had about each other quickly faded when they reached Nepal and immediately embarked on a four-day trek through a rainforest, where they became fodder for leeches while simultaneously winning the affections of a sad-looking dog who followed them everywhere. On the second night, they shared a small room at a tea house in Sherpani, one of the many villages destroyed by a 7.8-magnitude earthquake a few months before. After a traditional meal of dahl bhat, steamed rice and lentil soup, one of the instructors asked if anyone wanted to tour the rest of the village. Only Kaila and Cece were game.

It was hard for the young women to absorb the enormity of the destruction and they both felt an intense sadness for the victims’ suffering. 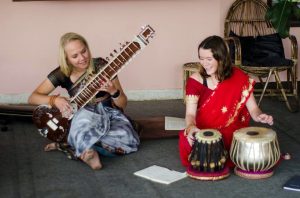 Cece and Kaila playing around in Nepal

“We didn’t have to say anything,” says Cece.

Six weeks later, Kaila fell deathly ill from a parasite and had to be evacuated from base camp on her 19th birthday. It was not the ending that the two, now self-proclaimed “soul sisters,” had envisioned for the conclusion of their time in Nepal.

After three weeks in two hospitals, Kaila finally recovered. Program officials had notified her group that she was OK, but without a cell phone or access to a computer she had no way of contacting Cece. By that time, the Nepal semester had ended and the girls were headed in different directions for the second half of the program. Kaila flew to Cambodia and spent the next three months traveling along the Mekong River through Laos, Thailand, and China’s Yunnan Provence. Cece went to Kunming, China, where she worked at an environmental non-governmental agency and studied mandarin and history.

The two figured they wouldn’t see each other again until Move-In Day at Lafayette. But fate intervened once more. When the program ended, Cece realized she had forgotten to book a return flight, so she quickly made a reservation from Beijing to Denver via Los Angeles.

Seated in the back of a packed plane, she glanced up to see a girl walking down the aisle wearing a blue Where There Be Dragons T-shirt.

Gripped with the same effusiveness that her soul sister had displayed during their first meeting, Cece stood up and yelled, “Kaila Aguerre!”

It was pure coincidence that the two flew home on the same flight; there was even an empty seat next to Kaila that Cece claimed, but there was nothing happenstance about the decision to become roommates.

“We’ve seen the worst of each other and gone through the honeymoon phase and the getting-annoyed-with-each-other phase,” says Cece. 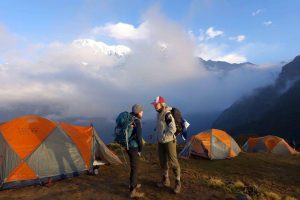 On a hike in Nepal

“And we still like each other,” adds Kaila, smiling.

Fresh off first-year orientation at Lafayette, the two have met classmates from Pakistan and China, discussed the College’s summer reading Between the World and Me , and participated in the Commons Olympics on the Quad.

The roomies will always have Nepal, they say, but for now, Easton, Pa., is home.

“I felt like last year we chased the world,” says CeCe, “but this year it’s come to us.”